Each couple has one thing in common – they all want to be the last Baby and Jonny standing. But can they muster the strength for the lake lift, or do they have the elegance required to balance on a fallen log? One thing is for sure, watermelon carrying skills will be essential.

The show will culminate in a showstopping finale where the top two couples take on the moment every Dirty Dancing fan dreams of – the last dance of the season with that gravity defying lift!

“I grew up with 2 sisters, who both loved musicals, so I knew all the songs from ‘Dirty Dancing’ and it was nice to hear them all again on this project, it bought back a lot of memories; I even found myself adding a few songs to my Spotify playlist!"

The Creatives
Find out what our team had to say on the project.
Luke's Profile Andy's Profile

“The brief I received from Executive Producer, Tom Richardson, was to make the show look as lush as possible, which was made easier as it was beautifully shot. It was really enjoyable to work on as Keith and Ashley’s passion and humour for the series really shone through onto the screen.

Tom and I worked together on how we wanted the show to look. I then created some example looks and effects which Tom and the Commissioning Editor, Genna Gibson liked.
For each episode, I’d start with the grade, making the show look real but also making it pop, just like the film. The biggest challenge was making the grade consistent throughout as some scenes were cut from slightly different parts of the day. There was one sequence in a dance room, which was quite flat initially, but we used one of the looks I created with a vignette which helped bought the scene to life.

The second part of the process, the Online, would be watching through the programme and polishing any parts that needed a touch up and fixing any continuity shots. We also spent some time tweaking the bumper GFX which the Australian production sent to us, animating it to match our own look.

With Covid restrictions easing, it was great having clients back in the suite with me. I’ve missed the inter-personal contact and the instant feedback is a huge positive. Nothing replaces working at ENVY.”

This programme consists of many microphones, with 10 contestants and 2 presenters, along with voiceover and music elements factored in too. With each contestant having slightly different dialogue energy levels it was quite a challenge to maintain a consistent dialogue mix throughout the show, equally, if the group were all talking at the same time, requiring intricate mixing of each person’s mic to allow them to all be heard and understood, and at times, causing the presenters to be drowned out by all the contestants chatting or reacting to something, to tackle this, I would use a dedicated dip-fader allowing me to lower the level of the contestants, as a group, rather than having to turn each individually mic down when trying to focus mainly on the presenter’s mics, which needed that additional control as I wanted to maintain most of the contestant’s chat level too, under the presenters.

In a show like this, the celebrities are constantly moving, dancing, jumping, brushing up against each other, causing lot of clothes-rustle, which had to be reduced if not removed where possible. The main tools I use for solving this are De-rustle, De-clip, De-click and EQing etc. I do use compression on the dialogues, but I try not to use too much compression and instead opt for mixing the mic levels more dynamically than aggressively compressing them and making less drastic fader moves. I will also mix around as much of the rustle and microphone noise as I can without needing to de-noise so much.

There are many plugins available to us here at ENVY, within our Pro Tools setup, but I prefer to have the least number of plugins active within my sessions and prefer to mix more manually, as opposed to processing much of the mix-elements. I prefer riding-the-fader yet maintaining as much smoothness as possible, which has taken several years to get used to. As an audio mixer, you can sometimes watch a film, or a TV show and you can hear audio processing or rather processed elements in the mix, although most people would probably not spot this. RX Advanced by iZotope is a piece of software I use, in tandem with Pro Tools, and was a massive help when it came to cleaning, repairing, and recovering parts of this audio, and in doing so, reduced a lot of the noise source you really do not want. RX software has definitely changed how we treat audio recordings – for the better, to improve the final outcome of the mix; I think most people in this industry would agree with that statement.
Working with Keith and Ashley during the voiceover record was great – both were brilliant and have so much energy, I did enjoy this part of the process. They provided a rolling commentary covering most of the show; there was a script to follow, but they would also improvise, which called for some belly-laughing moments during record sessions.

I think what made this programme unique, was having original film clips cut into the show. The celebrities would attempt to recreate exact scenes from the movie, and in some situations, they would even edit back and forth between the film clips and the recreated scenes, which worked really nicely but would also introduce some interesting audio side-effects to deal with. The frame rates of the original film’s audio and the frame-rate of the show were slightly different; so even though they were only a single frame different in frame-rate, once processed to match, the tone of the original film’s audio would be slightly different to the tone of the music taken from the original soundtrack album and used in the edit, so ideally I would adjust the pitch of one, to try and match the tone of the other, alas, I did not go that route with this mix and instead chose to mix around the change in tone as best I could, also mixing in crowd reactions and cheering from the contestants and/or audience where present. This helped disguise any noticeable tone change between the two music sources; being that of the music in the background of the film clip and the music cut into this show during the editing stage.”

The Times Of Their Lives 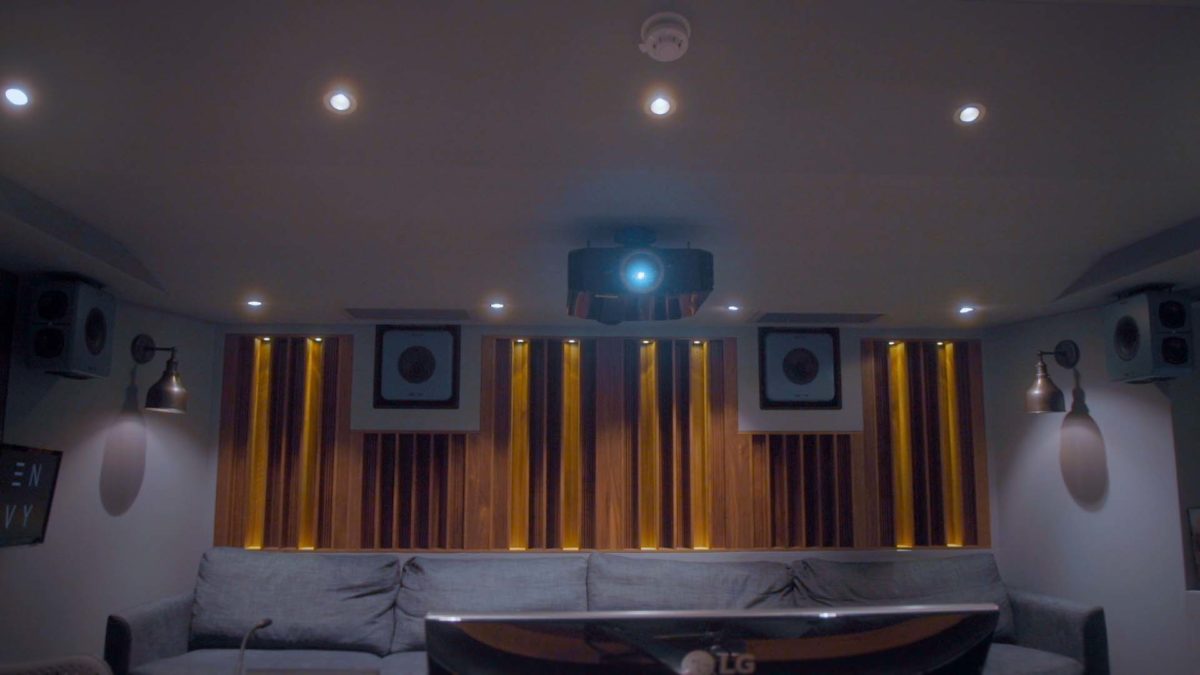 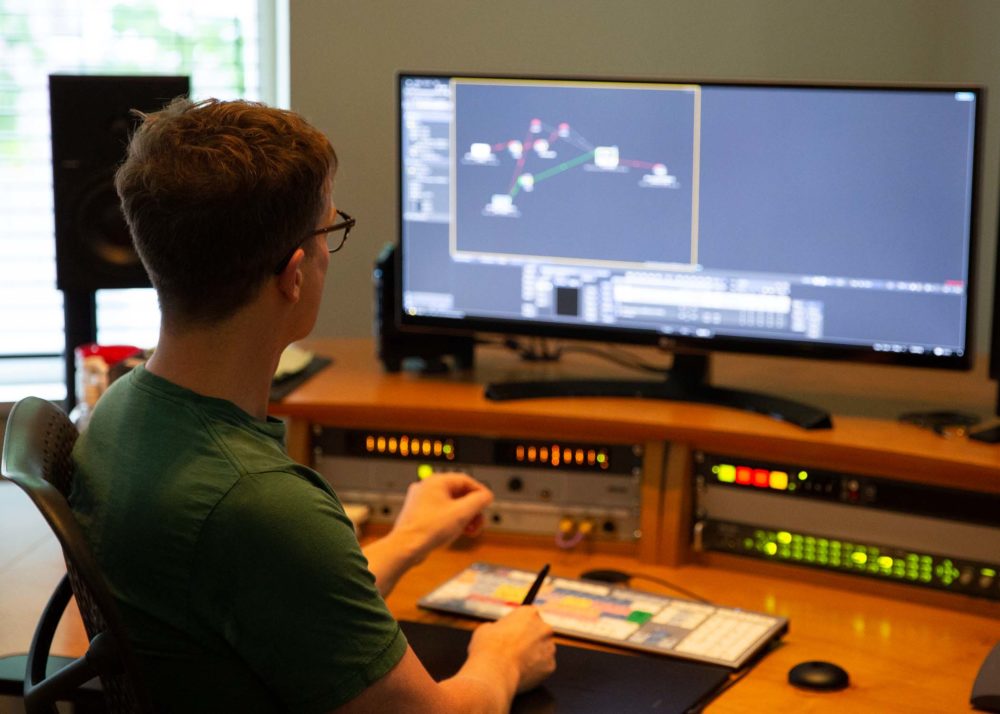