With unlimited access to Paloma as a woman, a mother and an international pop star, this film follows her on an emotional journey as she balances the demands of a vital make-or-break tour with writing a new album, launching an acting career and being a first-time mum.
The film observes Paloma’s life both front and backstage in the midst of this pivotal year for her career. We see her struggling with choices every mum will be familiar with, whilst embarking on enormous career challenges in a cut-throat business. Paloma not only returns to work after having her baby, but also to huge expectations to break Australia and America.

Behind the Post Production
Find out what our team had to say on the project.

“The brief was to create a cohesive & naturally flowing picture with a filmic aesthetic – unique, clean and rich in appearance without becoming over saturated or hyper real. With the documentary being shot over a longer time frame (three years) naturally there are variations in location, environment, time, lighting and equipment used (cameras, mobile phones, etc) which ultimately creates small discrepancies in the footage. The goal was to seamless tie all the footage together without losing the quirks/individuality of the material and raw ambience.

Before starting on the project I pre-built my tools around the brief and style of the doc – using Baselight and Aces on a Sony x300. We wanted to create a slight vintage lens look so I created Chromatic Aberration’s using Baselight’s compositing tools to give me full control over restraint and placement of the effect. Likewise for the grain I used a Crok Regrain Shader, allowing me to replicatE the ‘Kodak film grain’ and giving me more control.

To achieve the help filmic look I started by creating a vintage lens feel through the process of picture softening and distortion. Next I added grain and chromatic aberration around the edges of the frame to further enhance the vintage lens aesthetic – this is also a great way of subtly directing the eye without being as heavy handed as a traditional vignette.

In addition to the filmic finish I implemented the occasional sky replacement; replacing overcast skies with something more visually appealing. For this I tracked and key framed stills from my personal library in to the shots, meanwhile ensuring motion and life in the new skies to preserve the natural and organic composition. Although you want the shot to look as nice as possible you don’t want anyone to notice it.”

“Jane (Producer/Director) and Nick (Editor) were exceptionally specific about the final look of the film, and we collaborated closely on all the visual effects used throughout – such as picture-in-picture effects, side-by-side boxes, and 3×3 mosaic effects to introduce each new location.

Once we received the locked off-line, I was able to have a first watch and understand the film’s narrative and the timescale that the film encompasses. Once conformed, I performed the pre-grade, ensuring that all the elements I would require to re-build the multi-screen effects would be available.

The editor used various picture-in-picture effects, either side by side, tiled, or stacked to form a decreasing ‘tunnel’ effect. I faithfully re-built these effects, ensuring that all dividing lines were perfectly equal, and the frame edges were crisp.

On-line was on Avid Symphony. Throughout the picture finishing process I used various stabilising plugins, de-noise plugins, and anti-aliasing filters to enhance the quality of the footage.

I worked closely with Jane and Nick, but of course we couldn’t be in the same room together. We used Zoom and WhatsApp to keep in touch, which worked perfectly both within ENVY and when they were remote. My output was permanently available to them on a secure Streambox feed, so they could watch the on-line live while I worked, and make comments as necessary.

Overall I had two days to complete the on-line, with some time kept in hand for any final changes.”

“The brief was to keep the audio true to shot and natural; due to the emotional and illuminating nature of the film we wanted the footage to remain as authentic as possible and really allow it to speak for itself.

To prevent detracting from the dialogue it’s important to neutralise distracting ambience – with high traffic areas, dressing rooms and concerts some back ground noise will inevitably creep in to the production. To remove the noise bleed and ensure clear and comprehensible disclosure I performed a clean on the affected dialogue using Isotope’s RX noise reduction. With this and by restricting the use of sound effects we drive attention to the intimate moments throughout the documentary – allowing Paloma to explicitly share her story.

As the doc was made up from multiple styles of footage there was an abundance of audio types and samples which had to be carefully treated in their own right. Although we wanted a clear and neatly interwoven track, we also wanted to highlight the distinctiveness of each moment; showcasing the stark contrast in the life of a world renowned artist – the quiet moments compared to the hectic and those stunning concert nights.” 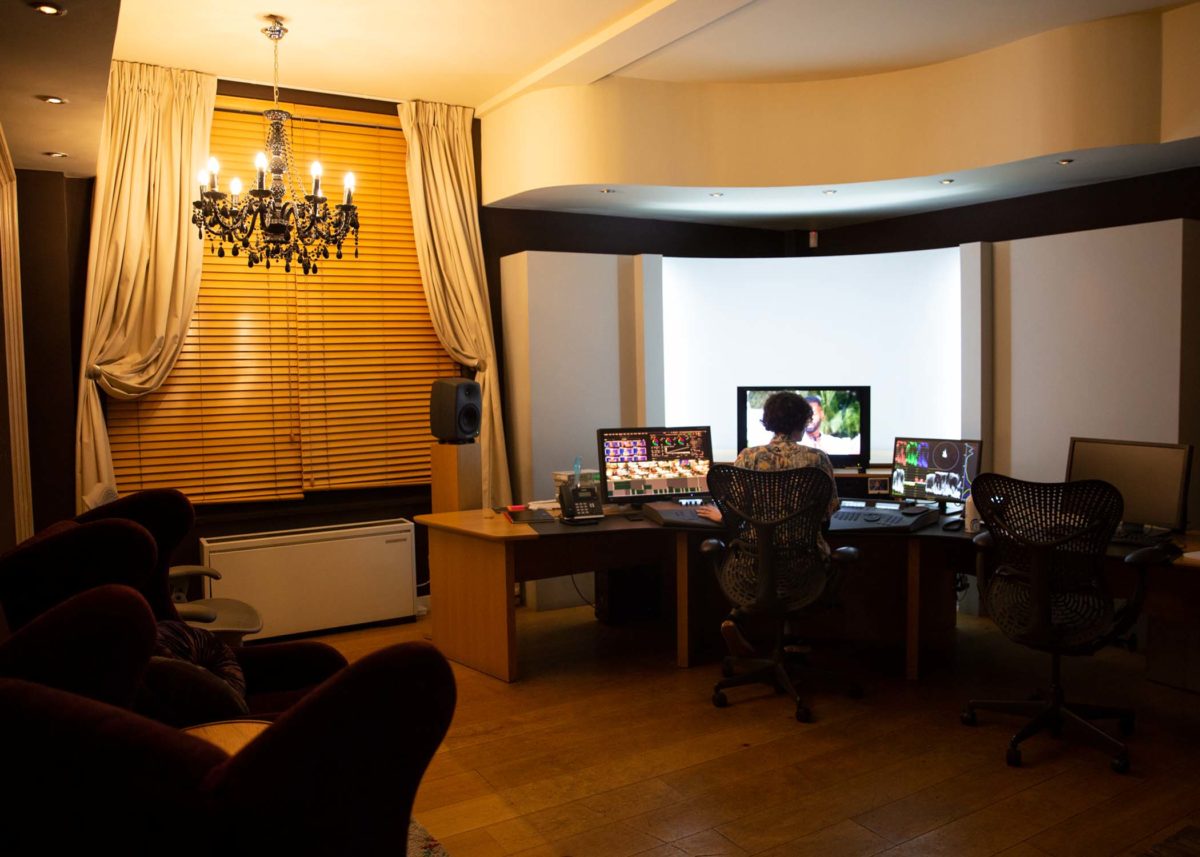 Europe From Above: Season 4